Sachiko has been the main driving force of GHC Japan since its establishment in 2004.
After her stint as a nurse in the department of neurosurgery at a major hospital in Osaka, Sachiko pursued her further studies at the Department of Economics at Keio University, under the tutelage of Japan's leading scholar in health economics, the esteemed Professor Shigeru Tanaka.

After graduating from Keio University, Sachiko went on to obtain her Master of Health Services Administration and Master in Applied Economics at the University of Michigan. She is also the author and co-author of numerous publications, expounding on the state of healthcare in Japan based on her core belief in the value of healthcare defined as (quality of healthcare)/(cost of healthcare).

Upon her return to Japan, Sachiko joined Johnson & Johnson's hospital consulting team, before estabishing GHC Japan hand-in-hand with GHC's Chairman, Aki Yoshikawa. She has dedicated her career to improving the value of healthcare through GHC's core business of supporting hospitals in Japan, as well as corporate stakeholders in the healthcare ecosystem. 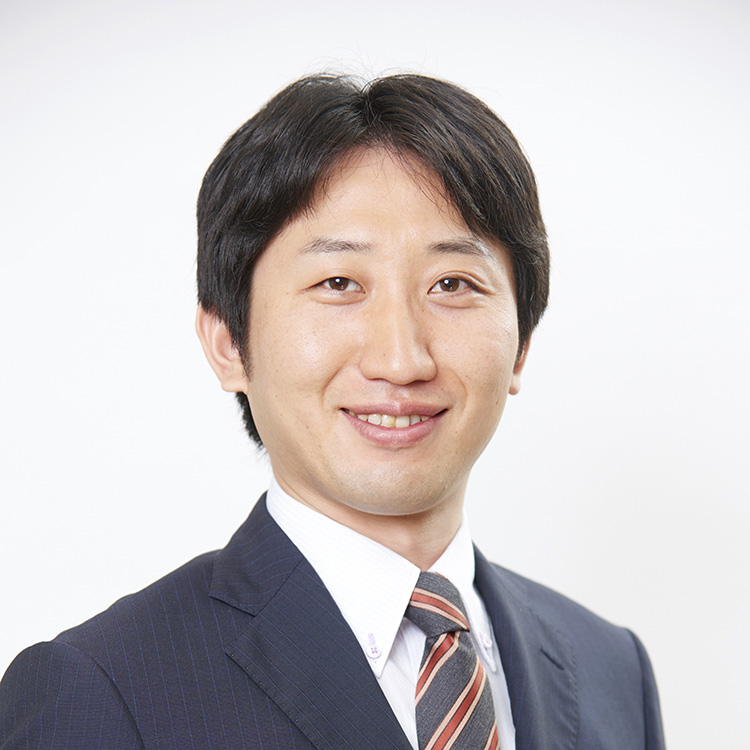 After graduating from Osaka University's Graduate School of Medicine with a PhD in medicine and obtaining his license as a veterinarian, Tomokazu kickstarted his career as a physician scientist, before joining GHC in pursuit of his dream for the betterment and sustainability of Japan's social welfare system, under which the universal National Health Insurance system falls.

At GHC, Tomokazu is actively involved in multiple consulting projects, notably dealing with major topics such as bed management. He also undertakes data-driven academic research projects in collaboration with GHC's key partners in academia, and is a key member in the development of GHC's hospital business analytics tool, Hospital Dashboardχ. Tomokazu has also played a crucial role in various market tracking and market entry evaluation projects for GHC's medical device and pharmaceutical clients.